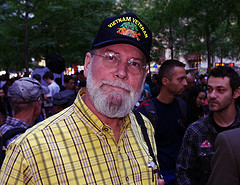 “I’m a failure as a man and as a lover if I can’t perform sexually.” Many men experience feelings of dejection, frustration, and guilt when first confronted with the inability to perform sexually. Men who have enjoyed a lifetime of sexually fulfilling relationships may experience these feelings even more acutely than other men. Men who put a strong value on the notion of male virility and masculinity may have an especially hard time dealing with male sexual dysfunction. In order to get past these thoughts, men must be able to define their sense of masculinity in a way that is not inextricably linked with the ability to perform sexually. Moreover, thinking of oneself as a “failure” does not help solve the problem, but rather compounds difficulties with sexual dysfunction.

“I should avoid showing my partner affection, because then she will expect sexual intercourse, and I won’t be able to perform.” Many men will avoid intimacy as a result of sexual dysfunction. This stems from the belief that all forms of intimacy must inevitably lead to sexual intercourse. This thought also stems from the mistaken belief that withdrawing from one’s partner is the best way to deal with problems of sexual dysfunction. Men may choose to withdraw as a defense against embarrassing themselves and their partners. However, withdrawing from a life of intimacy usually just causes more problems. Many women will blame themselves for their partner’s lack of intimacy, and may come to blame themselves. Of course, nobody is to blame.

“There may be something wrong with my body if I can’t perform sexually.” Male sexual dysfunction many times does indicate that there is something physically wrong. In fact, most cases of sexual dysfunction do stem from a medically diagnosable condition. A man who is experiencing difficulty performing sexually should seek professional medical attention. This is perhaps the most rational and positive reaction a man can have when confronted with the signs of sexual dysfunction.

“I’m older now, so it’s natural for me to experience trouble performing sexually. I just need to get used to it.” It’s true that the incidence of male sexual dysfunction tends to increase with age. But this does not mean that an active, healthy and satisfying sexual life is no longer possible. With the advent of new and effective treatments now available, there is no reason why an older man cannot sustain a satisfying sexual life.

“If I am unable to satisfy my partner sexually, she will think I’m a failure and leave me.” Most of the time, this belief is unfounded. It merely stems from feelings of guilt and self-doubt. The truth is that most of the time, women will tend to blame themselves for incidences of sexual dysfunction in the relationship.