Identity Theft On The Rise 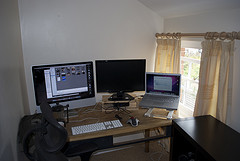 North America’s fastest growing offence does not involve guns, or even physical violence.  Today’s crooks have a new weapon of choice:  your personal information.  Committing identity theft is as easy as obtaining the right data and fraudulently using the information for personal advantage.   It is a simple but personally and financially demoralizing process.

Identity theft occurs when a person obtains and uses another’s personal data for purposes of deception and fraud.  In most cases, identity theft allows the perpetrator to benefit financially through gain of goods, money,  or services.  Names, birth dates,  driver’s license, and social security numbers numbers are the most frequent types of stolen data.  In extreme and cruel cases, financial identities are taken via bank accounts, credit card,  and telephone cards.

It is important to note the contrast of identity theft to more conventional fraudulent activities.  Unlike fingerprints that cannot be easily copied or stolen, thieves can easily obtain and profit from your personal data.  In many cases, victims are not conscious that their identity has been stolen until months or even years later.

The consequences faced by identity theft victims can be quite shattering.  Those who have fallen victim to identity theft may have to repair or close  bad credit accounts, or open new accounts.  In addition to the time required to repair your damaged credit, you may also need to obtain the funds to pay accumulated loans.

Until the debts are paid and your name is cleared, you may be denied jobs, education, loans, housing and transportation.  In worst-case scenarios, victims of identity theft have been arrested for crimes they were not aware of, and definitely did not commit.  Identity theft results in another long lasting, more personal effect.  Thousands of identity theft victims have found that it can take years to recover from the shock.

More and more people are reporting cases of identity theft and providing details of how they have fallen prey.  These increased reports have caused the Federal Bureau of Investigation to deduce that identity theft is the fastest growing crime in the United States alone.   In 2002, 10 million people reported incidents of identity theft.  Over the past five years, approximately 27.3 million Americans have been reported to be victims of this crime in its varying forms.

The federal government reports that identity theft is the second most reported offence.  The staggering number of identity theft cases classifies it as a serious crime that is getting more and more uncontrolled everyday.  Counteractions have been in effect since the crime first became widespread in the early 1970s.   However, thieves continue to commit this crime regardless of the severity of the consequences.

In addition to personal accounts, business and financial  institutions have also been affected.  Billions of dollars in losses have been credited to identity theft.

There are two fundamental forms of identity theft.  The most common form is when someone obtains and uses credit card data.  The credit information may be initially lost or stolen, or the identity theft may occur due to the careless handling by an employee of a company where you made a credit card purchase.   The second and more dangerous form of identity theft is when someone steals your identity, and opens cell phone or credit card  accounts in your name.  The criminal can also use your social security number when applying for a job, or your driver’s license to obtain a duplicate copy.

Today’s ever advancing technology simplifies the work  of committing identity fraud.  Internet communication tools allow criminals to devise new strategies an schemes. In addition, identity theft can be planned and executed more effortlessly online.  To obtain a Social Security Number, thieves just pay a fee to an information broker.  Further, online databases hold address details, and an individual’s mother’s maiden name can be easily obtained through public documents or obituaries.  Once the data has been collected and the identity theft happens, any bills incurred by the criminal are sent to a different address.  The victim will not be aware that the crime has happened.

Your best defense against identity theft is having a clear understanding of the crime, and knowing how to thwarth  it.  By staying aware and alert, you will decrease your chances of being among the millions of people who have suffered the consequences of identity theft.